On Friday, May 2 in Birmingham, Alabama welcomed guitar great Eric Clapton to a once-off concert. The 69-year-old was right at home in the American South, where his blues soaked hits found a willing audience. The guitarist is clearly a crowd favourite, and everyone came to see what the multiple Grammy winner had come to offer.

Locals had just 4 opportunities to see the legend in the USA this year, the last time he appeared was in 2010 at Birmingham's BJCC Arena. On this occasion at the Oak Mountain Amphitheatre he played to a full house of 10,500 odd people, this after the opening act ZZ Ward. 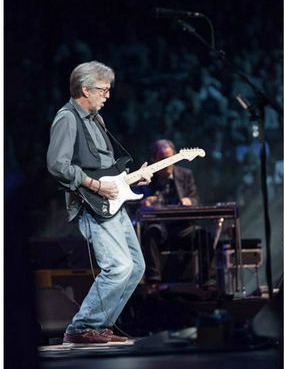 Clapton delved into four-decades old catalog to produce signature songs like "Key to the Highway", "Crossroads", "Layla", and "Cocaine." The blues-heavy setlist was adorned with guitar prowess, as he and his top-notch band eased through highlights such as "Tell the Truth", "Driftin' Blues", "Little Queen of Spades", "Crazy Mama" and "Hoochie Coochie Man".

Those in the audience who came to be enthralled by Slowhand's guitar wizardry, were treated to countless electric guitar solos, as well as an acoustic mini-set featuring the ever-popular "Layla" - they did not leave disappointed. Vocals were never Clapton's strongest suit, but his familiar voice delivered once again. 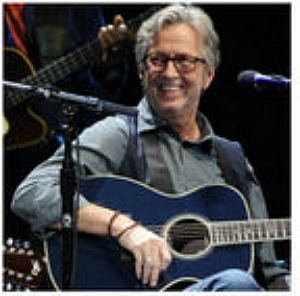 The guitarist was backed up by a stellar outfit comprising of a second guitarist Andy Fairweather-Low and bassist Dave Bronze, drummer Henry Spinetti, Paul Carrack and Chris Stainton on keyboards, and backup singers Sharon White and Michelle John.