Well educated from a young age

This South American maestro of the guitar was born into a large family with seven sons, he being the fifth, in the small town of San Bautista de las Misiones in southern Paraguay. His parents both placed great value on culture and the arts, both of them being educators. 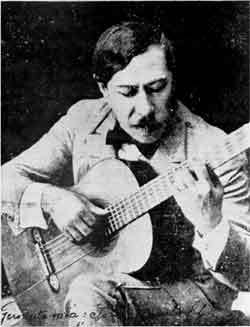 Barrios would go on to speak both Spanish and his native Guarani, as well as reading the languages English, French and German. The guitar was an attraction to the young Barrios he took up the instrument, following in the footsteps of his mother. The young barrios was exposed to the folk music of his native country, listening to styles such as the Polca Paraguaya, Vals, and the Zamba. He performed pieces written by the Argentine Juan Alais, and also composed works himself. At age thirteen he was introduced to the classical guitar repertory by Gustovo Sosa Escalada, his new teacher, and went on to study the works of Francisco Tárrega, Fernando Sor and Dionisio Aguado. Barrios' parents were persuaded by Escalada to allow their son to study at the Universidad Nacional de Asunción, with the help of a music scholarship. Being age fifteen at the time he was one of the youngest university students in Paraguayan history. Apart from his studies in the college's music department, Barrios was also well appreciated by members of the college's mathematics, journalism and literature departments. 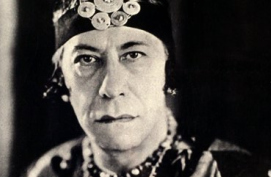 This Paraguayan Maestro dedicated his career to music composition and poetic literature after graduating from university. He was famed for his phenomenal performances, in which for some years, he would be attired in traditional Paraguayan dress. He would assume the concert persona of Cacique Nitsuga Mangoré, messenger of the Guaraní race (Nitsuga being 'Agustin' reversed). Despite his having lived well into the twentieth century, his works were largely late-romantic in character, and containing influences from Central and South American folk music.

His tremolo piece Una Limosna por el Amor de Dios was written in his last days, he knew he was dying. The name was derived from a phrase used by beggars in El Slavador, meaning "An alm for the love of God" and Barrios felt moved to use it after an encounter with a street beggar. After a period of tranquillity and meditation he died of a heart attack and the priest who gave hime last rites proclaimed "This is the first time I have witnessed the death of a saint."