Francisco Bartolome Sanz y Celma was baptised on 4 April 1640 in the church of Calanda de Ebro, which is found in the village of his birth, Calanda in the Spanish comarca (county or district) of Bajo Aragón - his birthdate is unknown. He later adopted the first name "Gaspar" at an early age and always reffered to himself by it. 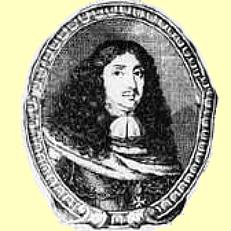 Born to a wealthy family he had the advantages of a excellent education and studied music, theology and philosophy at the oldest university to be found in Spain, the University of Salamanca. He also took the vows of Holy orders, and was later appointed Professor of Music here. Sanz travelled to Naples, Rome _and perhaps Venice after completion of his Bachelor of Theology degree where he is thought to have furthered his musical studies under Orazio Benevoli, choirmaster at the Vatican and Cristofaro Caresana, organist at the Royal Chapel of Naples. He spent some years as the organist of the Spanish Viceroy at Naples. He came to appreciate the guitar music of the Italians Giovanni Paolo Foscarini (1627-1647), Giovanni Battista Granata (1620/1-1687), and Francesco Corbetta (1615-1681) while studying under Lelio Colista. 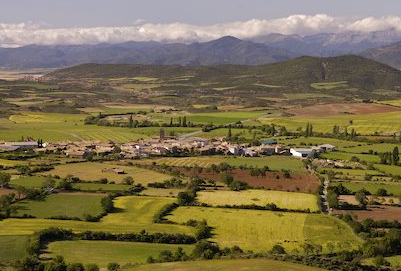 Aragon, the Spanish district in
which Gaspar Sanz was born


Upon his return to Spain, he pursued literature, religion, and music in equal measure with, respectively, a translation of Bartoli (1678), a eulogy to Pope Innocent XI (1681) and a three-volume guitar method. He was also noted as a poet and writer, publishing some poems and two books. Sanz's musical contributions overshadowed his other interests and he was soon regarded as the foremost guitar theorist of his day. He was employed as a guitar tutor to Spanish royalty, teaching the illegitimate son of King Philip IV and an actress Maria Calderon, Don Juan (John of Austria
(the Younger) ). At age 34 the first installment of his famous guitar method "Instrucción de Música sobre la Guitarra Española", dedicated to his student Don Juan, was published in Saragossa. Subsequently, the following year a sequel, "Libro Segundo de cifras sobre la guitarra española", and later a third book "Libro tercero de mùsica de cifras sobre la guitarra española" joined the first book. All three volumes were published together under the title of the first book in 1697, and in eight subsequent editions. The ninety works for guitar contained in these three volumes are Gaspar Sanz's only known contribution to the repertory of the guitar. He died in Madrid in 1710. 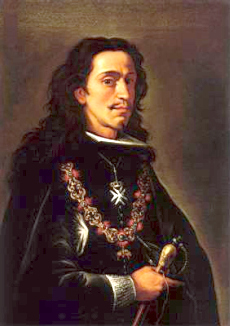 Gaspar Sanz dedicated
his guitar method
to his student, John of Austria


The Baroque guitar which was in use during Sanz's era had 5 courses, and featured a fourths-orientated tuning still in use in the modern guitar. Sanz wrote in the standard tablature system. The lower two courses were tuned in octaves, also known as "bourdons". Another variation is the peculiar re-entrant tuning where the fifth and fourth courses are an octave higher than normal, thus creating the popular "campanellas" (little bells) effect. At this time the guitar was achieving a status comparable to the lute. Sanz contributed to this evolution by moving from archaicly simple single-lines punctuated by chords, to a more active right-hand technique, featuring a independance of the thumb and fingers, and a more contrapuntal texture. The guitar method includes compositions in both punteado ("plucked") style and rasqueado ("strummed") style. Gaspar sanz drew from proud Spanish musical heritage in his compositions by including folk songs and dances, some of which like the Zarabanda featured elements that later were used in flamenco music. Also can be found are the more conventional forms of the era like that of passacaglia, pavan, and galliard.

The haunting Spanish melody Españoleta is treated in variation form, a form that Spanish composers excelled in. A popular piece amongst present-day guitarists Canarios is derived from a lively syncopated dance from the Canary islands, while the Villano is a "village dance". Another musical snapshot of Spanish life at the time is the Jacaras, which was inspired by the songs of ox-cart drivers. Also present is a cosmopolitan flavour with works such as Baile de Mantua, La Tarantela, and Saltaren all from Italy, and works representing other European nations such as La Minina de Portugal, Zarabanda francesa, and Jiga inglesa. Sanz provided an interesting balance between these popular folk elements and more sophisticated musical genres. There are sections explaining the writing of figured bass for the guitar, as well as the basics of fugal writing, including a demonstration of the latter through an actual sketch of a fugue written for the Baroque guitar. 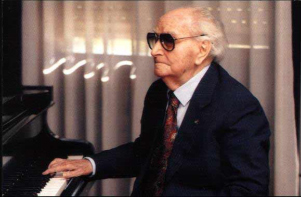 Gaspar Sanz's works fell into obscurity for more than a century after his death. They were revived by Felipe Pedrell (1841-1922) who advocated a more nationalistic approach to musical composition, and influenced a host of Spanish Romantic composers such as Isaac Albeniz (1860-1909), Enrique Granados (1867-1916), and Manuel de Falla (1876-1946). He encouraged them to draw on the rich musical heritage of Spain and the work of the Spanish Baroque guitarists (and the earlier vihuelists of the 16th century) was a ready fountain of creativity to draw from. Emilio Pujol (1886-1980) was particularly instrumental in providing transciptions of Sanz's music for the modern six-string guitar, and these have been most popular amongst guitarist throughout the 20th century. The composer Manuel de Falla utilised some of Sanz's themes in his work El retablo de maese Pedro composed in 1923, and in 1954 Joaquín Rodrigo, at the request of Andres Segovia, composed his guitar concerto Fantasia para un Gentilhombre which consisted of themes from Sanz's 17th century guitar method.