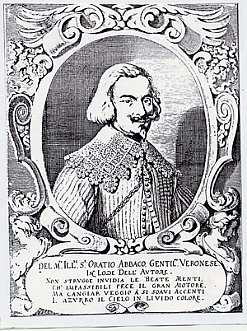 This Italian maestro was a guitarist and lutenist and author of some of the earliest guitar sheet music to have been published in history.
During his lifetime he was, at various times, active in Rome, Venice, Brussels, and Paris. Brussels was the capital of the Spanish Netherlands at the time, and the Italian musician was in the employment of Archduke Albert of Austria and Archduchess Isabella, the nephew of Philip II and half-sister of Philip III respectively. Archduke Albert died in 1621 so it is presumed that Foscarini was in Brussels sometime before that date. 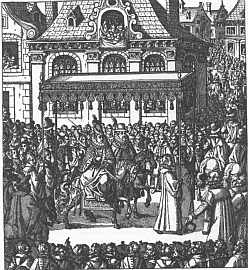 
His Il primo, secondo e terzo libro della chitarra spagnola (The first, second, and third book of Spanish guitar) is the earliest known engraved Italian guitar tablature. His publications were highly regarded in his lifetime and included numerous collections of music, frequently reprinting earlier material. Sometimes his notation is incomplete and inconsistant, but it thoroughly covers the entire Italian repertory of the guitar in his era.


He focused on three styles of guitar playing :


Composers such as Angelo Michele Bartolotti and Francesco Corbetta later adopted the mixed style of playing in much of their guitar work.


The first three books were printed in 1630 and a fourth joined them in an edition two years later. Finally all four books plus a fifth were published as Li cinque libri della chitarra alla spagnola (The five books of the Spanish guitar) in 1640. For many years he was published under his academic name il furioso or " the fury", an appellation which he used in a literary association known as the Caliginosi in Ancona, Italy. Primarily a lutenist and theorbist, he composed music working for a Confraternity of the Holy sacrament - an organisation of lay people working alongside the Catholic church particularly in works of charity. 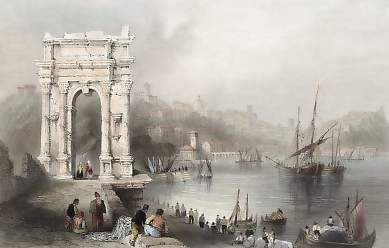 il Furioso, the name under which Foscarini was published
initially, was derived from a literary society in Ancona, Italy
which he was a member of