A love of Brazilian culture

This Brazilian maestro of the guitar was born in Rio de Janeiro on March 5, 1887. His father, Raul Villa-Lobos, was a librarian by profession and an avid amateur astronomer and musician. The young Heitor had little formal childhood musical training other than a few abortive harmony lessons. His father held regular musical evenings at home and from the top of the stairs Heitor would illicitly observe and learn from the proceedings. Villa-Lobos was twelve years old when his father suddenly died whereupon at this young age he turned professional musician earning his money as a cafe musician, and as a cellist in cinema and theater orchestras. 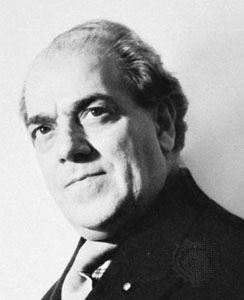 In 1905 Villa-Lobos began the first of his ethno-musicalogical adventures into the wild north-eastern states of Brazil. Such trips continued in the future and there is much mystery surrounding their details, partly because his accounts are regarded by some as spurious. Included in these tales, is a story of him being captured by cannibals and escaping near death. During this period he spurned the influences of formal academic musical training saying "One foot in the academy and you are changed for the worst!", and instead absorbed the influences of Brazil's indigenous cultures, though he did study at the National Institute of Music in Rio de Janeiro. His earliest compositions were the result of improvisations on the guitar from this period.


Villa-Lobos played with many local Brazilian street-music bands, and was also influenced by cinema, indeed he worked as a cellist in a Rio de Janeiro opera company. Some of his early attempts at composition include work designed for Grand Opera, a pianist and music publisher Arthur Napoleão encouraged him to compose seriously. After marriage to a pianist Lucília Guimarães, Villa-Lobos finally ended his adventures into the Brazilian countryside, and settled down to the life of a professional composer. 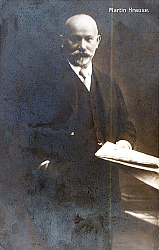 By 1923 , his work had attracted sufficient official favor for him to win a government grant to study music in Paris. While in France he was acquainted with luminaries such as Aaron Copland and Pablo Picasso, concerts of his work in the French capital were well received and made a strong impression. Andrés Segovia made his acquaintance in the 1920's and commissioned a guitar study from Villa-Lobos, to which he responded with a set of twelve such studies, Douze Études. Each etude is derived from a motif or figure from music played by Brazilian chorões (travelling street musicians), and are of much entertainment as well as didactic value. A further series of compositions for the guitar, the Chôros followed, all written between 1924-29; the Chôros no. 10 caused a stir when it was first performed in Paris, with the publication Le Monde musicale commenting "[…it is] an art […] to which we must now give a new name."

Seven years later, upon his return to Brazil, Rio De Janeiro made him the directive of music education. The now musical pedagogue designed a complete system of music instruction, based on Brazil's rich and varied musical cultures. One of his official positions within the government was as a propagandist, then for the Vargas regime. He wrote patriotic songs for schools and for civic occasions, an example of which being a massed choir event on the national independence day, in which 30,000 children sang the national anthem and items arranged by Heitor Villa-Lobos.

Following the fall of the Vargas government in 1945 Heitor Villa-Lobos had more of an international presence. He returned to Paris and made regular visits to the United States of America, as well as traveling to Great Britain and Israel. His successes included many commissions such as concertos for piano, cello, harp, harmonica and a guitar concerto for Andrés Segovia in 1951, as well as a symphony for the Boston symphony orchestra in 1955 and an opera Yerma (1955-1956). In 1958 he earned $25,000 when he scored for the film Green Mansions, and MGM film starring Audrey Hepburn and Anthony Perkins. The composer conducted the soundtrack recording himself, though only part of his contribution were used in the final release of the film. Villa-Lobos later recorded the work under the title Forest of the Amazons in 1959 , in a work compiled for soprano soloist, male chorus, and orchestra.