Julián Arcas was born in Almería, Spain in 1832. He is remembered as having taught that other Master Spanish guitarist Francisco Tárrega. He was schooled in the methods of Dionisio Aguado, first by his father Juan Pedro Arcas Arjona and later after moving to Mága, by Josésencio. Arcas was also accomplished in the playing of guitar in the Flamenco style. 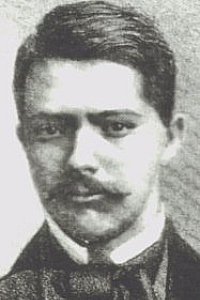 Little is known of his early years , cartainly he was an accomplished performer by his late twenties and had concertized throughout central Europe and Spain since the age of 16 years. In 1862 he performed before members of the British royal family in the Brighton pavilion, and in the palaces of the Duke of Wellington and the Duke of Cambridge . Also notable was a series of seven recitals at the Teatro del Recreo in Mága in 1870. Part of his tours included an association with a pianist, Patanas, with whom he was living in Barcelona. 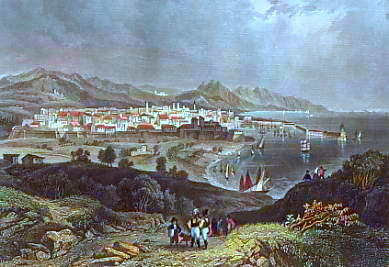 
After a concert In Castellón, 1862 a young Francisco Tárrega played for Arcas, at the request of his father. Subsequently Tárrega was invited to study with him in Barcelona. Julian Arcas contributed to the evolution of the classical guitar through his association Antonio de Torres, particularly with regard to the design of the soundboard. Torres had first encountered Arcas in Seville, the two were both from Almería, Torres only made guitars as something of a hobby at this time. After Arcas played one of his guitars he found it to be so harmonious that he encouraged Torres to become a more serious luthier. Julian Arcas continued to use these guitars for the rest of his life, and eventually Antonio de Torres would be renowned as a master luthier. Arcas was also was one of the pioneers in the use of the rest-stroke on the classical guitar. 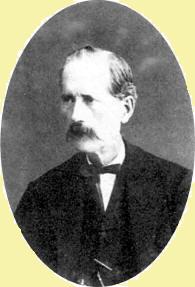 Both from Almería,
Arcas met
Antonio de Torres when
he was young and
encouraged him to
work as a serious
luthier


At the age of 40 years Julián Arcas digressed from his musical career for two years in which he began trading in oil. He then resumed his concertizing on stage. In a boarding house in Antequera (Málaga), Arcas was bedridden after falling ill while on tour, here he died on 16 February 1882 at 50 years of age. He had become the favorite guitarist of the Spanish Monarch, Queen Elisabeth II in whose palace he had played many times. Additional Honors included the title "Honorary Master of the Conservatory of Madrid", and, for a guitarist, the rare distinction of having been invested "Knight of the Royal Order of Charles III".


His compositions were Romantic and exhibited three characteristics common to this style. : Tárrega plagiarized a number of Arcas' guitar works including Fantasia sobre los Motivos de La Traviata, whether this was deliberate is not known . Interest in the guitarist centered around his teaching of Tárrega but more recently with the publication of his complete works he has become more well known for the beauty of his compositions. Arcas wrote about eighty original works and transcriptions for the guitar, including waltzes, variations, preludes and national dances. Julián Arcas died in Antequera, Spain in 1882.