This Spanish Maestro was born in Madrid on 3rd March, 1891. His early musical learning was from his father José Moreno Ballesteros, a well known organist, and later he was a pupil of the prominant father-figure of musical nationalism Felipe Pedrell (1841-1922). He also studied with the Spanish composer and conductor Conrado del Campo (1878-1953), who was a professor at the Real Conservatorio de Música. Frederico Moreno Torroba wrote a tone poem which was premiered at the conservatoire in 1918, the same year in which he met the guitarist Andrés Segovia who commented in his autobiography : 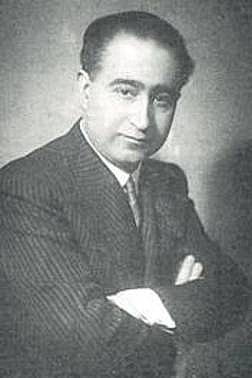 “Then there was a ‘first’ in the field of the guitar: for the first time, a composer who was not a guitarist, wrote a piece for the guitar. It was Federico Moreno Torroba, whose musical poem had just been premiered by the National Symphony under the direction of Maestro Arbós. Moreno Torroba had been introduced to me by the orchestra’s first violin, Señor Francés. It did not take us long to become friends, nor for him to accede to my suggestion: Would he compose something for the guitar? In a few weeks he came up with a slight but truly beautiful Dance in E major. In spite of his scant knowledge of the guitar’s complex technique, he approached it accurately by sheer instinct and, to my joy, the work remained in the repertoire.” 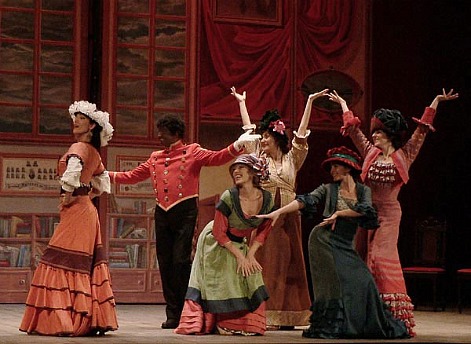 The Spanish light-opera form, the Zarzuela was a favourite
of Moreno Torroba and he composed for the idiom extensively

A comprehensive legacy
of guitar music

A prolific output for the guitar, spanning the rest of life and consisting of some eighty works followed including dances, impressionistic pieces, sonatas and sonatinas and suites as well as concertos and compositions for four guitars. Moreno Torroba's international reputation as one of the foremost composers involved in the remarkable twentieth century renaissance of the classical guitar, was well established by his close association with Segovia and his compositions have remained one of the most popular elements of the guitar's modern repertoire. Segovia recorded the first movement (Allegretto) of Sonatina on 20th May, 1927, this the first amongst many recordings of works by his compatriot.


Besides composing guitar works, Moreno Torroba was also prolific as an opera and ballet composer. In particlular he was an advocate of the light Spanish opera form known as Zarzuela which is characterised by a blend of sung and spoken dialect. His first was written as early as 1912, but it was the success of La mesonera de Tordesillas (The Hostess of Tordesillas) (1925), which confirmed his enthusiasm for the genre. A string of triumphs followed including La marchenera (The Girl from Marchena) (1928) and Luisa Fernanda (1932) followed, continuing through till Ella (1966) upon which time he had accumulated an astonishing total of some eighty operas.

Frederico Moreno Torroba worked as a conductor and impresario with several stage companies throughout the 1930's and 1940's, some of which travelled widely visiting the United States and Latin America. At one time he was the manager of no less than three opera companies, giving important premieres of 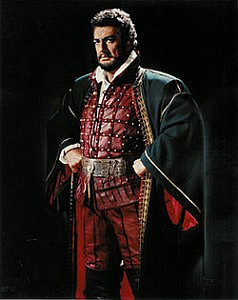 An impresario of many travelling theatre
productions, Placido Domingo's parents featured
amongst the many talented performers
under Torroba's wing.


works by Sorozábal, Giménez and Guerrero in addition to his own. Many great performers found fame under his direction, not least the parents of Placido Domingo, who later founded an offshoot company in Mexico where Placido grew up. His prodigious output continued in the post-war years and included nine ballets, a quantity of choral and orchestral music, a piano concerto and many piano solos, numerous guitar works, and a variety of songs and miscellaneous works. Academic posts beckoned and in 1975 he became the president of the Sociedad General de Autores de España, 7 years on he died in Madrid in his ninety-second year.