The History of the Sonata

Origins of the term Sonata 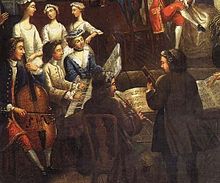 The term evolved through the history of music, and came to designate a variety of forms prior to the Classical era. During the Classical (c. 1750 - c.1830) era the term acquired increasing importance, and by the early 19th century it came to represent a principal of composing large scale works. Alongside the fugue it was regarded a fundamental method of organizing, interpreting and analyzing concert music. The musical styles of sonatas has changed into the 20th and 21st centuries, however the structure of these works remains similar to those of the past.

During the transition from the Baroque to the Classical era, the term evolved, ultimately coming to mean a chamber-music genre applied to either a work for : 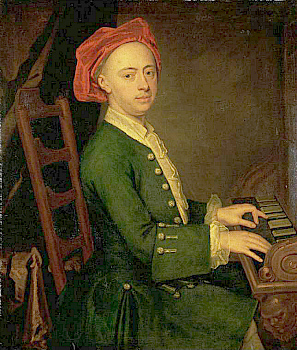 Baroque composers like Handel
contuributed to the development
of the sonata

It is interesting to note that in the Baroque era keyboard parts were not written out in entirety, and were known as "basso continuo" - or "continuo" for short. As the Classical era drew nearer a keyboard part fully written out was notated as a "obbligato" keyboard part, this indication fell out of usage by the 19th century.

Another similar term "sonatina" is used for pieces that are similar in form to a sonata but are shorter in length, or are technically easier.

Two classes of sonata were used in the Baroque era :


The first of these forms, the sonata da chiesa generally was scored for one or more violins and bass. By the time of Bach and Handel a common format for the composition was employed usually consisting of :

The sonata da camera on the other hand was made up of idealized dance-tunes, such as the Allemande, Courante, Sarabande, Gigue and Minuet. By the time of Handel and Bach these compositions evolved into new forms known by different names around Europe, like the 'suite', 'partita' and 'ordre'.


More history of the sonata at page 2!