France was the country of Robert de Visée's birth sometime around 1655. His family history is unknown but it is likely that it was a well-to-do household which provided him an education and excellent instruction in music. He was accepted by the King Louis XIV as a court musician at the age of 25. De Visée composed mostly for the guitar, theorbo, and lute, and is arguably the most important French composer of Baroque guitar music. A book of guitar works was published in 1682 with a sequel 4 years later, both published in Paris. He was employed to entertain the Dauphin or French prince and heir apparent, which is recorded in the preface to his first published book. He enjoyed a considerable reputation as a player of the guitar, the lute, the theorbo and the viola da gamba. De Visée was instrumental in establishing an important role for both the theorbo and guitar. The theorbo had imported by Italian musicians earlier and had been extensively used by the Italy-born Jean-Baptiste Lully, particularly as an accompanying instrument and in reinforcing the bass line of the continuo in chamber music which the lute, now already waning in prominence, was unable to do. 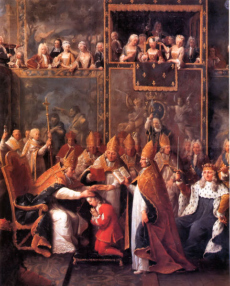 By 1686 Robert de Visée was one of the King Louis XIV's favorite musicians performing regularly in the private royal chambers, while also being recognised in Versailles (esatablished as the new seat of France's Government in 1682) for his musicianship. However he held no official post until 1709, when he was appointed royal chamber singer. He performed in Court concerts with leading musical figures of the day including the harpsichordist Jean-Baptiste Buterne and viola da gamba player Antoine Forqueray. He was named “Guitar Master of the King” (Maître de Guitare du Roi) in 1719, this after having unofficially tutored the King from 1695, and ceded the position to his son Francois, in 1721. 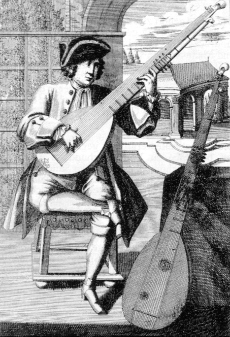 In Paris a book a theorbo and lute works was published in 1716, with another volume in 1732. Various guitar pieces appeared in anthologies published around Europe in the early 1730's. Robert de Visée died somtetime around 1732-1733. Similar to other Baroque composers his works for guitar consisted of suites consisting of sequences of popular dances such as the courante, allemande, minuet, and bourrée. His two volumes in 1682 and 1686 both contained 12 suites. Emilio Pujol sparked a revival of interest in the French composer with a transcription of the Suite in D minor (Eschig 1928). It must be remembered that the instrument that de Visée used was the 5-string Baroque guitar, and hence modifications to the arrangements are necessary to accommodate the new 6-string instrument.