The cuatro appears in several forms of the guitar family as a musical instrument in the Latin American and Caribbean region. Generally the instruments have four strings, cuatro meaning four in Spanish, although some current instruments have more than four strands. 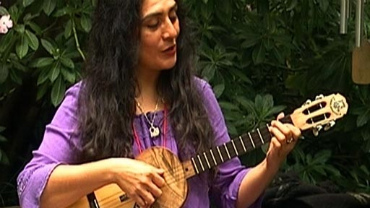 Its 15th century predecessor was the Portuguese Cavaquinho, which, like the cuatro had four strings. In Colombia, Jamaica, Mexico and Suriname th instrument is widely used to accompany singing and dancing in ensembles. In Trinidad & Tobago it accompanies Parang singers. In Puerto Rico and Venezuela, the cuatro is used as an ensemble instrument for both secular and religious music. The cuatro of Venezuela has 4 strings and is tuned similarly to the ukulele, but the playing techniques for the two instruments are different. Is used by the rural peasant farmers and it's mixed history is reflected in the ancient mixing of the farmers' European, Aboriginal and African ancestors. 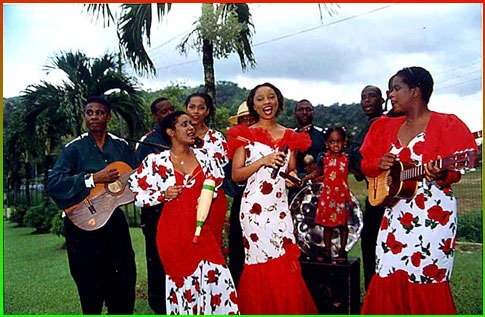