Eric Clapton, some interesting facts about this Maestro
of the guitar

In 1945 Eric Clapton was born in a small Surrey village in England, shortly before the end of World War II in Europe - known as V-E day, on the 8 May 1945. He is fast approaching his 7th decade on Mother Earth, as he turned 69 on the 30 March this year (2014). The "Layla" singer continues to entertain the music loving public, and despite his age, he continues to compete with the "iTunes" generation of musicians. 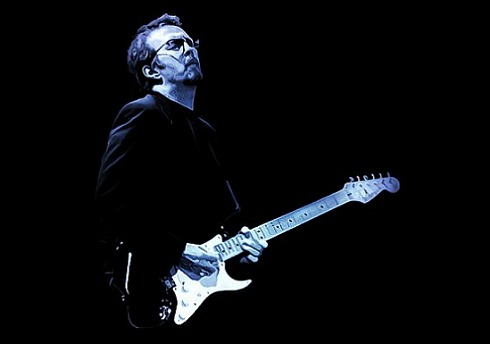 A slow start for this guitar genius

Unlike many famous musicans who begin their musical studies as children, Clapton was already a teenager when his budding interest in the guitar began, after somebody gave him a cheap steel-string guitar. He found this particular instrument difficult to play and found other pursuits, however two years later Eric rekindled his desire to learn the instrument, and started dedicating himself to this by pouring long hours into practice. By the age of 16 his skills were so advanced that professional musicians started to take notice.

Why not no.1? Because Clapton was up against Jimi Hendrix - in Rolling Stones' "100 greatest guitarists of all time". Clapton outranked many legendary guitarists such as Brian May of Queen (no.26) and Rock 'n Roller Chuck Berry (no.7). 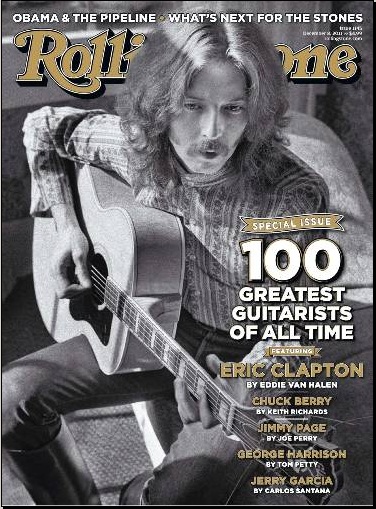 Eric Clapton succumbed to addictions to various drugs including cocaine in his earlier career. The habit was costing him hundreds of thousands every year, he eventually kicked his drug habit in 1987. He established the Crossroads Centre, located on the island of Antigua in the Caribbean, which treats people struggling with alcoholism and drug addiction. In 1999 he auctioned two of his guitars and donated the proceeds to the centre.

Clapton was first inducted into the Rock and Roll Hall of Fame in 1992, as a member of the 60's band the Yardbirds. A year later he found recognition for his efforts in the Rock outfit Cream. Finally, the third time he was honored by the Hall of fame was for his work as a solo musician (2000).

This icon of modern music has, and continues to, influence guitarists and musicians at large. He is an entertainer of the highest order and his dazzling guitar prowess has mesmerised fans the world over.