Mclaughlin plays for a
good cause

Jazz is art form which is rarely performed in Ramallah (Palestinian Territories), recently the international star and jazz guitar legend John McLaughlin did just that, as part of the final leg of his Asia tour. On Wednesday night (16th April) he played for a packed auditorium in the West Bank city, this after having toured the area. His "Solidarity concert" enthralled the mostly local audience with a dazzling mix of Eastern and Western sounds.

The 72-year-old Jazz veteran who has recorded with the likes of the late trumpeter Miles Davis, will donate all proceeds from the concert to a local NGO.

"People here are isolated... and the situation is such that since very few people can leave, it's important that people from the outside come in," Mclaughlin explained.

Palestinians "don't have freedom, they don't even have passports... it's lamentable that an entire people are in such a situation. So I feel it incumbent upon myself to make other people aware of it,".


Mclaughlin's first appearance in the West Bank was in 2012, when he performed in support of Al Mada - a local charity which specializes in the use of music therapy to help traumatized and marginalized Palestinians.

"I am personally aware of how marvelous the power of music is. It has fantastic healing qualities," McLaughlin said.

"We’re not making some gigantic contribution like building a dam or a reservoir, we’re just playing music. But music to me is... very powerful," he told local reporters on Tuesday. 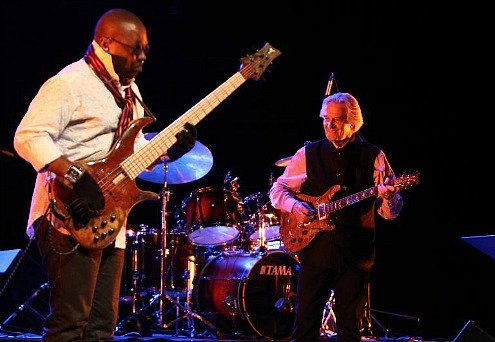 Ramallah resident Nabil Turjman enthused over the Indian-influenced music : "It was excellent, I love jazz and there's not much live jazz here,"

"It's wonderful that someone this well-known comes from so far, it shows great support for and solidarity with Palestinians," said Turjman's wife, Rana.


The charity Al Mada encourages victims of violence and abuse to open up about these traumatic experiences through music, John Mclaughlin sat in on some of the therapy sessions. When the charity was initially founded in 2009, the public viewed it with suspicion and skepticism according to its co-director Reem Abdel Hadi.

"At the beginning it was a bit challenging," Abdel Hadi said.

"Many Palestinians "found it a weird concept, as music is (thought of) as being a luxurious activity and limited only to those who can afford it,”.

However, the concept has gradually gained acceptance, and is now supported and funded by various international agencies including the UN's Palestinian refugee agency UNRWA. 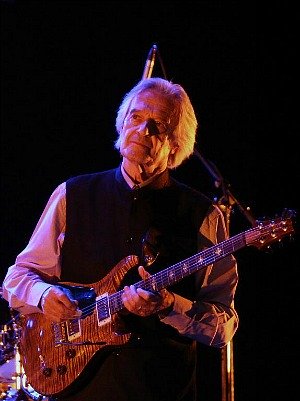 The West Bank's dire need for infrastructure development is matched by the people's need for psychological healing, she insists.

"Palestinians are not only either victims or terrorists ... they are normal people who have a life, have ambitions and dreams."